In some cases, our customers want to locate the position of the cursor at a point on the screen where, if it is not hidden, it would go unnoticed. This is why you can place the cursor in the position you want.

The Robot (assistant that is located in the taskbar) has the option to move the mouse pointer and this is possible by altering some parameters on the computer where the software is installed. For this it is necessary to go to the folder where the player is installed by opening the "Run" window and typing ".4yousee"

The file to manipulate is called "settings.json" and we recommend opening it with specialized text editors such as Sublime Text or Notepad ++, however if you do not have these you can open it with Notepad. The information inside the file will look like the following image: 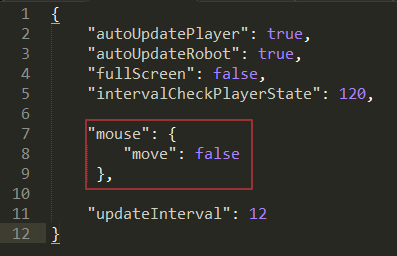 When the move parameter is set to false (as shown in the image above), the mouse cursor will not move. This means that if you, after manipulating the computer, left the cursor in the left corner, it will stay there and then disappear. 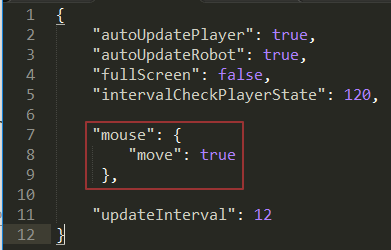 Open the file settings.json(1) found inside the C:\Users\Username\.4yousee folder or in C:\.4yousee: 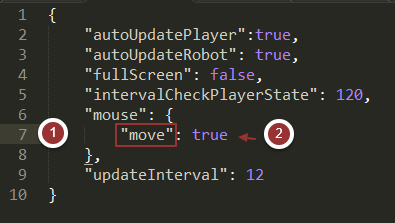 Then, enter the next information:

position: It is the field where the coordinates will be specified so that the cursor is located on the screen;

In case you want the cursor position to be horizontally (x) 150 and vertically (y) 200, the settings.json file will look like the following image: 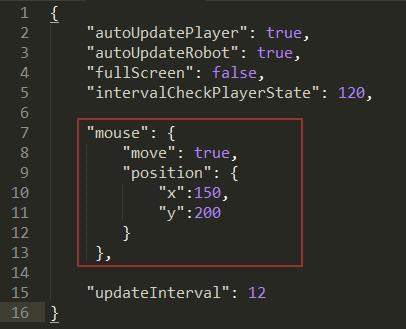 In the taskbar, click on Reload Settings (1). If you do not have the program open, start it and the 4YouSee logo will appear on the taskbar. 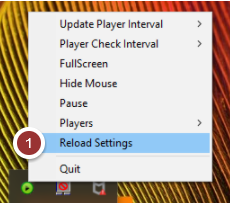 If the robot is running at the time of configuration, it must be restarted using the following command:

In case the Robot is not being executed, it needs to be started for the settings to be applied.

For example, in case you have two displays with the following dimensions:

Place the cursor pointer in the center of the second screen

Finally the horizontal value of the cursor would be x=1.966 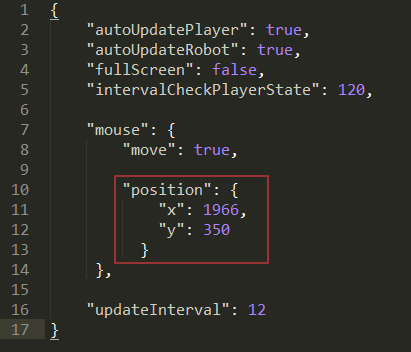 It is important that it be identical as this image shows, considering the signs.

Now, run steps 4 and step 5 in the example for the settings to be applied.

Observation: The value of X and Y must be positive.